Following the unfortunate decision to split the band, Keith went on, of course, to massive success with Emerson, Lake and Palmer (although many of us felt the heart soon went out of his music). The others had little success, despite putting out some credible music. 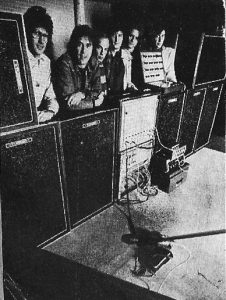 Following his expulsion from the Nice, O’List played briefly in Jethro Tull after the departure of Mick Abrahams. In early 1969 he provided guitar and bass for The Misunderstood [and then Roxy Music between October 1971 and February 1972. He played in the band’s first BBC session in January 1972, before being sacked from the group for “attitude issues”. You can hear the tracks here, some sparkling guitar work in evidence and as often is the case, the demos make the “official” versions sound tame. A glimpse of how Davy’s life could have been soooo different. O’List reunited with Roxy Music vocalist Bryan Ferry in 1974 as one of the guitarists on Ferry’s second solo album, Another Time, Another Place. Ferry’s hit cover of “The ‘In’ Crowd” featured a striking O’List guitar solo.

After Roxy Music, O’List joined Jet in 1974. They released one album in 1975 and toured as support to Hunter-Ronson. O’List released a solo album in 1997, entitled Flight of the Eagle. His second solo release Second Thoughts was released in 2015.

Judging by videos of recent gigs, it’s clear (and unfortunate) that Davy’s unique sound appears to have almost completely gone, but while his star burned briefly, it burned very bright. There’s an informative page about him here. 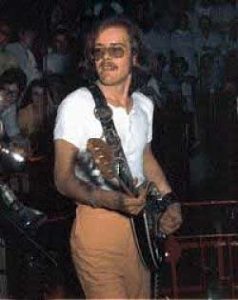 Following the split, Jackson formed the band Jackson Heights with Charlie Harcourt on guitars, Mario Enrique Covarrubias Tapia on bass and Spanish guitars and Tommy Sloane on drums. They disbanded after their first album King Progress in 1970. Jackson reformed the band, with keyboardist Brian Chatton (ex-Warriors and ex-Flaming Youth) and John McBurnie on acoustic guitar, keyboards and vocals. Michael Giles played drums on the next three albums, but the band toured as a trio without drums. On their last record, “Bump n’ grind”, Ian Wallace (ex-King Crimson as Giles was) and Deep Purple’s Ian Paice shared drums with Michael Giles.

Jackson went on to form the band Refugee, with drummer Brian Davison and Swiss keyboardist Patrick Moraz. They released one album before Moraz quit to join Yes. Jackson and Davison reformed They pair were thus left in the lurch once more by a keyboard player who didn’t properly value their talents. The Nice toured again with Emerson, accompanied by The Keith Emerson Band, for a tour of England in 2002; a live album Vivacitas was recorded and published that same year.

Lee Jackson has played bass in a New Orleans-style rock ‘n’ roll and jazz band, called the Ginger Pig, based in Northampton, for more than twenty years since returning to the UK

Refugee released one album, Refugee on Charisma Records, with music was composed by Moraz with lyrics from Jackson. An archival live album recorded at Newcastle City Hall (a soundboard recording, taken from Davison’s private collection) was released in 2007. Davison subsequently played in Gong before leaving the music business for a period.

He also formed a small combo called ‘Lee Jackson’s Barking Spyders’, with members of a Beatles tribute band called Accrington Stanley. He has a hoarse singing voice (which has frequently drawn criticism, notably from Emerson) and an almost percussive bass playing style. 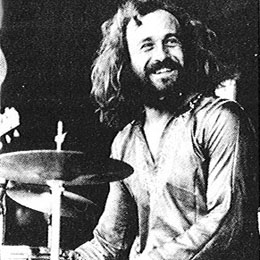 After the breakup of The Nice, Davison formed a short-lived band called Brian Davison’s Every Which Way featuring ex-Skip Bifferty lead singer Graham Bell. The band broke up after one album. He then joined Jackson and keyboardist Patrick Moraz in Refugee

In 2002 he and his bandmates Jackson and Emerson resurfaced to reform The Nice and, together with guitarist Dave Kilminster, performed a four-date reunion tour. A three-disk box-set album, Vivacitas, recorded at Glasgow Royal Concert Hall, was released in September 2003. Davison taught drumming at Bideford College. He died on 15 April 2008 at his home in Horns Cross near Bideford in Devon.