Keyboard supremo & Emo fanatic Tom Szakaly has discovered a recording of part of The ‘Switched On Symphony‘ TV event on March 14th 1970 with Zubin Mehta and the NICE.The group performed with the Los Angeles Philharmonic Orchestra, conducted by Zubin Mehta and broadcast on television. The show featured a number of artists jamming together, including Jethro Tull, Jerry Goodman (later of the Mahavishnu Orchestra) and Santana. Some amazing sounds, it would be great to find a decent quality recording or even the film.

One scene in the show has the 104-strong symphony orchestra under Mehta’s baton joining the Nice in a pop-concert version of ‘America’ from West Side Story. There was Mehta and his men in their ‘penguin suits’ and organist Keith Emerson and his group perched precariously in opera-type balconies behind velvet curtains in front. They were a strange combination, the traditional musicians and Emerson — a dazzling figure in a skin-tight silver costume that made him look like a cartoon-strip spaceman.

This show (one of the final few to be played by the band) may well be where Emerson first heard Ginastera’s “Toccata”, later to feature on an ELP album. There are a few lines about the show in this book, although it says ELP played it 😉 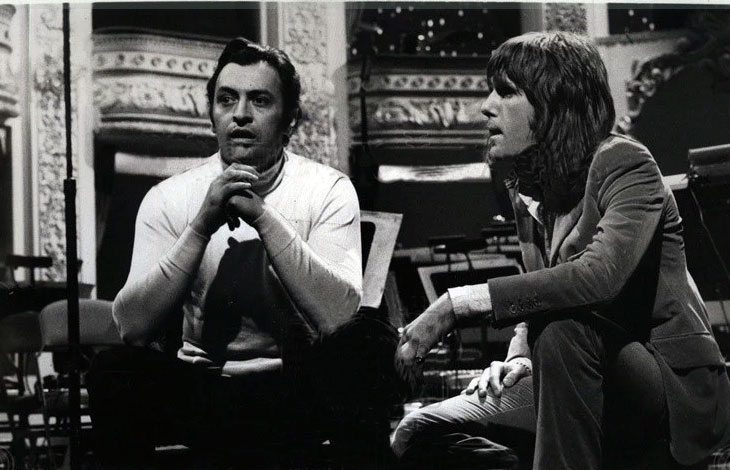